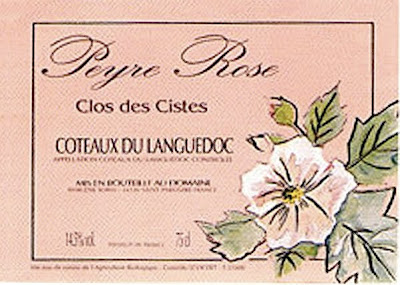 Perhaps the most intriguing thing about this wine is not the dramatic Mediterranean garrigue character, nor the resolutely non-berry style of the dark rose and golden figs, leather and slight bay-leaf menthol. It is the fleshiness given to this powerful, idiosyncratic voice from the South of France: a region where a lot of voices have yet to find out what they exactly want to say.

Compelled to find out more, I learned Soria stopped shipping to the US soon after gaining recognition in Wine Spectator as well as dumping the three previous vintages (1999, 2000, 2001) with the local wine co-operative due to taint from faulty enamel tanks. This, for a wine that easily commands over £60 a bottle.

I questioned whether I should write about the vinous equivalent of a one-night stand, one that you and I may never see again (it is found in the UK in seriously low quantities). Yet, weeks later, its mysterious voice and dramatic energy still lingers in the memory and shows just how great the Syrah blend from the Languedoc really can be.