When I first arrived in London, a customer in our dusty Mayfair shop asked me whether Australia has vintages. It’s enough to make you cry into a Chardonnay with a cute animal on the label. To get you up to speed, here are five cool wine regions in Australia you need to know today.
1. Mornington Peninsula
Example: Kooyong Estate Pinot Noir, Stonier Pinot Noir 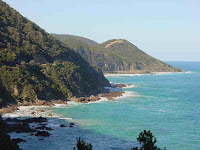 Great Ocean Road
What you need to know: Mornington Peninsula is a wealthy part of Victoria, only one hour’s drive from Melbourne. No expense is spared in these small vineyards; in some places you wonder if they also iron the grass. The cool air from the huge expanse of ocean, which leads to Antarctica, benefits Pinot Noir especially. In Melbourne and Sydney, Mornington Peninsula wines often feature on restaurant lists as it’s excellent with food. Generally, the style is slightly more savoury and not as “bright” as New Zealand Pinots.
Moss Wood produces their Pinot Noir there. It is their only operation outside Margaret River, which is a big step for a winery whose image is strongly associated with Western Australia. Sandro Mosele, winemaker at Kooyong Estate in Mornington Peninsula, said at a tasting in London last year he won’t drink anything other than Sangiovese when he is in Tuscany – looking for the idea of terroir in the wines. This is an idea carried over into his Chardonnay Farrago wine at Kooyong Estate.
2. Canberra District
Example: Clonakilla Shiraz-Viognier and Riesling, Lark Hill Pinot Noir and Riesling, Helms Riesling, Mount Majuro Graciano

What you need to know: Canberra is renowned for being a very cold, boring place full of politicians half way to nowhere between Melbourne and Sydney. In other words, it leads one to drinking. Over the past 30 years, they have found it is also a good area for growing grapes. It has a climate similar to the Northern Rhone; Clonakilla’s Shiraz Viognier has the same meaty characters – although, don’t worry Anti-Flavour Elite, it’s not macho and blockbuster and 07 CdP. The very cool climate creates an incredible intensity in the fruit and excellent perfume on the nose. Canberra definitely has vintages (and bushfires).
3. Eden Valley
Example: Henschke Riesling 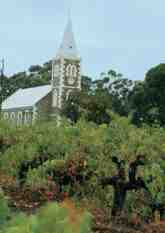 Hill of Grace, Henschke
What you need to know: Drive from Adelaide into the hills, keep going up up up and you’ll be in Eden Valley. Of course, Eden Valley (and Henschke) produce excellent Cabernet Sauvignon but what you really should know about Eden Vallay is the Riesling. Especially, the LIME character, which I had a good conversation about with Randall Grahm. You won’t find the same lime character in any other Riesling anywhere in the world except Australia, and its greatest expression is from the Eden Valley. This makes it an excellent choice with Thai and Asian food – dry, lacy minerality, lime and sapidity works well with sweet and sour flavours. It’s distinctly different from any other Riesling I have ever tasted from around the world and speaks of its landscape.
4. Tasmania
Example: Domaine A Cabernet Sauvignon 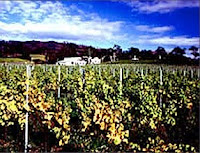 Domaine A Vineyard
What you should know: Go south from Melbourne towards Antarctica, and you’ll find Tasmania; it is the large island under Australia. Pristine air and environment means the cheeses are exceptional. Because it is cold, some Champagne houses believe it is one of the best cool wine regions in Australia to make sparkling wine. However it’s the Cabernet Sauvignon that is the most interesting. As Jancis Robinson wrote in April 2009:

“My suggestion is that as many wine lovers as possible should try wines from (Domaine A), an example of those who make wines hugely superior to the current Australian stereotype.”

Margaret River, Western Australia
What you should know: Margaret River is not only known for it’s premium wines, but is one of the best cool wine regions in Australia for a surf . Moss Wood has been called Australia’s first growth (Jancis Robinson, thanks again). The region was determined by Dr Gladstone in the late 1960s, who recognised Margaret River had strong similarities to Bordeaux, particularly in a hot vintage. Perhaps that is why Bordeaux varieties do so well in the region: Semillon and Cabernet Sauvignon blends, in particular. There are many excellent wineries in Margaret River: Pierro, Cullen, Leeuwin… but, over and over again, at expensive Bordeaux tastings when I bring out the Moss Wood for blind tastings – Moss Wood Cabernet wins hands down. (As a side note: the Cabernet is excellent with English cheddars I have found. Semillon is the “lemon” to accompany salmon). It is not cheap, although it seems to be a better price in the UK than it is to buy in Australia. However, Sydney is five hours flight from Western Australia – you could say, the east coast of Australia is almost another country.
There are many more new cool wine regions in Australia. What is your favourite – do you know this exciting, isolated region in Western Australia?