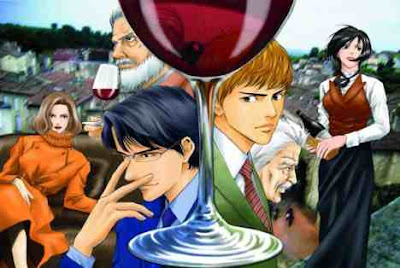 Two brothers on a quest to find the ultimate classic wine.

A wine-critic father challenges his two sons to find 12 legendary wines. The father dies, suddenly; and it becomes a race to succeed, for whomever finds them all first will inherit the father’s £9 million cellar…

Kami No Shizuki – The Drops of God – is a 10-volume Manga series so popular in Japan and South Korea sales of the featured wines shoot up 30% after they are mentioned in the series.

“Any individual wine lucky enough to be name-checked can expect to sell an extra 50 cases within 48 hours,” reports The Daily Mail.

The wine descriptions are brilliant: ‘Just like a classic rock concert!’ says one brother after taking a sip of a 2001 Mont-Pérat made by French winemaker Thibault Despagne.

Here is a part of the comic about Rosso Miani from Fruili-Veneto region in Italy. The region is more well-known for their white wines (pinot grigio, ribolla gialla), so this is a very interesting choice, yes, and a very interesting red wine… 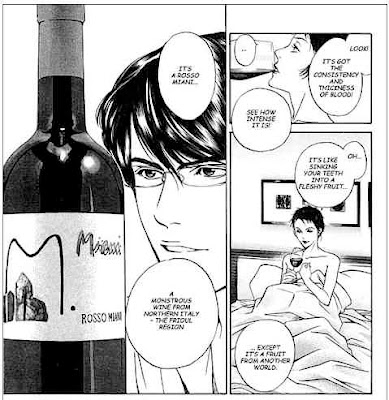