At the Tate Modern today, I woke up two young guys when I sat on the bench in to watch Jonas Mekas’60s experimental film, Diaries, Notes and Sketches (also called Walden). I thought: well, this is not a bad place to have a disco nap.

They shook themselves awake and watched for a little while before dropping their heads back to sleep. But you know what? Dozing like this could be one of the most interesting way to watch Mekas’ films. Dream a little of their dream, watch a little of Mekas’ dream. 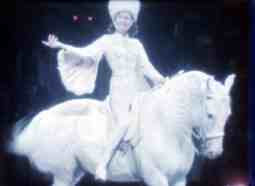 Jonas Mekas has mashed hours of personal footage shot between 1964 – 1969 in New York: pictures of sludge, a co-op meeting, a sled-ride in the park. The effect feels like the images in his head have been recorded while he sleeps.

After a few hours, I am not 100% sure which memories were mine, and which were Mekas’ film; that’s how intimate the film feels. Imagine the trouble the guys sitting next to me must be having distinguishing their dreams from the outside world… If they are not still there, asleep.