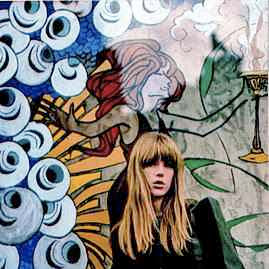 In local Langhe-Piedmont dialect, the name of the white grape Arneis means “crazy, weird, introverted, whimsical, bizarre”. But what’s really crazy here is that Arneis is not more well-known as a white wine. In a similar way to Viognier, its individuality was once blended away into red wines and production was limited to a small parcel of land. Reminiscent of Viognier with its hint of apricot, good Arneis has an unmistakeable note of delicate white flowers and great Italian texture on the palate. Good humoured, light and original, I won’t say I have never seen crazy-as-in-psychotic examples of Arneis before – I have; that is, when they taste like a simple watery lemon and almond – but, when Arneis is on form, the white flowers, minerality and sapidity are a stroke of crazy-as-in-genius.

From the centre of production in Piedmont, in Canale, Berry Brothers have picked a winning example here. Azienda Agricole Cornarea have been making this style since 1974, however the laws only officially recognised Roero Arneis DOC in 1989. True, Arneis may be whimsical and a little crazy for some now but this may be just what the food world needs, as George Bernard Shaw advised other revolutionaries, “The reasonable man adapts himself to the world; the unreasonable one persists in trying to adapt the world to himself. Therefore all progress depends on the unreasonable man.”

Or as Prince and the Revolution did not say, “Let’s go Arneis!”

Tasted Cornarea Arneis di Roero at a dinner held by Charlie Bigham,tasting his delicous range of meals from Waitrose. I enjoyed Arneis with the sweet-sour taste of Tamarind in his Satay Chicken. Wines kindly provided by Berry Bros & Rudd.