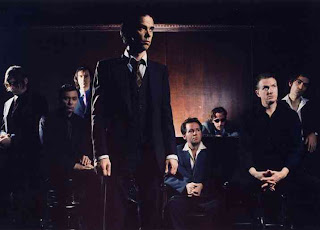 If I was to recommend Nick Cave a wine, it’d be a black wine from Cahors.

Some wines aspire to ring-tones, these wines are epic ballads.

They take some time to yield in the glass, they are not instant and fun, you could say they are gruff and unfriendly; but once the story in the glass unfolds, it’s worth the wait.

Cahors, in South West France, has been a wine region since Bordeaux was only a swamp. Yet, they’ve only been accepted as an French wine appellation since 1971.

They’re the outsider; dark, gothic and medieval, which makes me like them even more….

If you live in the UK try these “easy-to-drink” examples, all under £10, for a night, darkly:

• 2005 Cahors, Château Gaudou, Tradition (Majestic)
Distinct licorice flavours with some Merlot to soften it out


Listening to: Dig, Lazarus, Dig!!! by Nick Cave. All things I said about wines from Cahors, can equally be applied to this album.

Dark wines for the Tupelo bound.