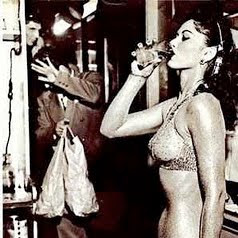 “I really love you,” She said
“Is that the Champagne talking?” he asked.
“No,” she laughed,
“That’s me talking to the Champagne.”
Another year, another birthday. Apart from the regulatory Champagne (Veuve Clicquot and Billecart Salmon Brut), the wine that astounded everyone who joined us for lunch was the Marchesi de’ Frescobaldi 2006 Pomino Benefizio Reserva.
The Benefizio glitters and spins like one of those disco lights programmed to move to music. Thrilling pineapple character is mellowed by a sudden acacia and honey character. Depth and light at the same time. It charms but does not dominate.
It’s a slight shock to learn this is a Chardonnay.
From the Pomino Valley in Tuscany, this area was already considered one of the four best wine-making areas in Tuscany during Medici times.
It helps to have brilliant food and company, too. Simple, good Italian food such as real pasta Carbonara (ie no cream, based on eggs). Perfect for long Sunday lunches, this is the ultimate dinner party wine.
Bravo.
Yes, that’s me talking to the wine!
Link: Marchesi di Frescobaldi