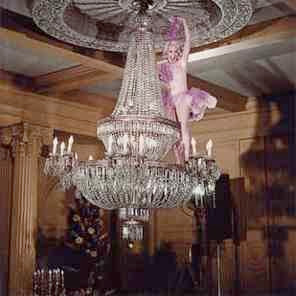 Ejafjallajokull may have told Europe to kiss it’s ash during the week, but volcano or no volcano, the 2009 En Primeur show must go on.

No volcano was going to stop Bibendum’s annual Bordeaux tasting, nor the punters from tasting a good vintage nor the winemakers to show off a great year. Anthony Barton, from Chateau Langoa Barton and Leoville Barton, even flew in on a private jet, against the flight restrictions, to make it for this important tasting for UK En Primeur buyers.

Nine hundred people showed up to the tasting room at Lord’s Cricket Ground: the excitement was palpable. Especially compared to last year’s less-spectacular vintage smack-bang in the middle of the credit crunch pain. The sun shone through the windows as if it was God himself blessing the wine…

Okay, now that’s an exaggeration. And there is a lot of hype and exaggeration around this vintage. But after tasting the wines, I can sympathize with the superlatives. Knowing what I know now, I am more forgiving to some of the media coverage for the “hype”. But first – some disclaimers:

1. Half way through the afternoon, responding to messages about how the prices were going to be extortionate, I stopped to make a conscious decision. Yes, this is going to be an expensive year for En Primeur. But at this moment, simply tasting the wine and not knowing the prices, I decided to judge the wines on the quality alone. Believe me, overall the quality was definitely there.

2. It’s a curious thing tasting a wine just out of cask. Some wines didn’t make it to the tasting at all, and the ones that did can be rather volatile. Often this means the fruit is more upfront than the wine will eventually be. The fruit was there in all the wines, but I had to taste around the fruit to look at the structure. A wine needs good foundations if bought En Primeur as it needs to be built to last – for at least 10 years.

There were many great wines, but from the 50 tables, I will try to choose three from the 2009 vintage. Here are the stars from the Bibendum 2009 En Primeur Tasting (for me):

There is a direct relationship between how good the wine is and how silly my attempt is to describe it. This is what happens when your senses move into the ethereal dimension. My notes read “as if I had a long piece of old-fashioned licorice twisting around, spinning in the mouth, and you could slide down it like a waterslide. Exhiliarating.”

The last time I tasted a wine with a “movement” sensation was the double twist of the fruit in 2000 Carruades des Lafite. This wine has another dimension.

Interestingly, side by side, the 2009 showed better than the lauded and expensive 2005 vintage.

This is for the real buyers of En Primeur who are thinking long-term drinking. 2009 Montrose is a solid St-Estephe wine built to last 30 years. The quality is immediately apparent, very balanced and elegant. There’s no shouting fruit. I would describe it as an “Anti-Flavour Elite” wine for people who are very confident in their taste for fine claret; old-school claret drinkers usually, people who will remember the Montrose of the 1980s and will be quietly excited to find Montrose’s quality has now comfortably settled down.

This wine captured my heart. It’s perfume charmed me and it had good structure that will hold up. Like a mini- Cheval Blanc if there can be such a thing. I don’t even want to write it down because it feels too personal. Like Montrose, the 80s weren’t kind to Giscours; it is still undervalued making it a good buy En Primeur.

Notable mentions, because I expected the quality and it delivered as expected: Pontet Canet, Cheval Blanc, Haut Batailley, Phelan Segur.

After burning my palate with Troplong Mondotte (15.5% alcohol – ouch!), I finished the day with a glass of 1996 d’Yquem as the sun set on the famous Lord’s Cricket Pitch, and I thought, if I can’t travel anywhere else because of the volcano ash then right here is not too bad a place to be, not at all.

Against the odds, in the struggle between Bordeaux and the volcano, Bordeaux clearly won this year at Bibendum’s 09 tasting.

Many thanks to Bibendum Wines for making the opportunity to taste 2009 Bordeaux En Primeur in London possible.