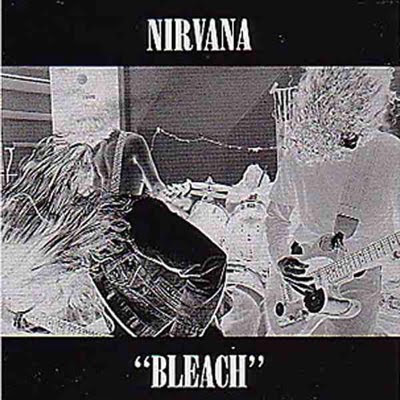 2007 Yattarna or 2008 Bin 08A Reserve Chardonnay?
Nirvana’s Bleach came out in 1989 on a budget of only $600, a thrilling album-long demo tape for their huge next album, Nevermind. Bleach is sound unpolished to perfection. So why was it this album cover the first image to come to mind when tasting the 2007 Yattarna? There couldn’t be anything more opposite. Yattarna is a wine polished to perfection. On a huge Penfold’s budget. Bleach was the birth of grunge.
Bleach is spontaneous combustion, while Yattarna is a concept wine: Penfolds deliberately created a white wine to be the answer to Grange. Overall, you are just left with one question. What makes Grange, Grange?
Is it the longevity? Then why choose Chardonnay, why not equally great Australian varieties such as Riesling or Semillon if it is to age as long as the original Grange (for 40+ years)? Or is it about the consistency expected of Grange: yet, every Yattarna I have ever tasted has never tasted the same.
In the past 2 years, Yattarna has completely changed direction. The 2007 Yattarna now has 50% Tasmanian fruit from the very cool Derwent Valley blended with fruit from Adelaide Hills and Yarra Valley. This is a big change, to me, this is significant. It is what makes it most recognisably a Grange. The new Yattarna is truly a multi-regional wine, just like the red original that sits on top of the Langton table representing all wine regions and what all wine regions look up to: the iconic Grange (and this case, icon can be used in its real meaning, as a symbol).
So, what about the wine? The 2007 Yattarna has cool-climate, seamless citrus and apple notes and overall is a very linear, mineral Chardonnay. But it can be understood better after tasting it beside the 2008 Reserve Bin 08A Chardonnay Adelaide Hills (as well as the 2005 Grange).
The Bin 08A is the memory of the old Yattarna and, in comparison, it appears less studied, more wild, analogue rather than digital. It’s what Yattarna would be if it was off the leash of expectation; a bunch of musicians jamming in a sunless garage. As if the pressure is off, come as you are. Bin 08A is closer to the original Nirvana, and I have to say, more endearing.
It’s really only the emphasis on “the concept” which bleaches this wine of real character (although, the Tasmanian fruit in the 2007 Yattarna is a stroke of cool genius). Sure, none of Penfold’s wines could ever be called DIY grunge; still, as a “photographic negative” of the Grange original, it’s a fascinating work in progress. Just as the original name in Aboriginal language means “little by little”. But it will never be a Nevermind. Which could be a good thing, because as we know, Nevermind may have sold over 26 million albums worldwide, it also lead to a sad end.
Tasted at London International Wine Fair 19/5/2010 with Neal Martin and Tom Portet from Penfolds.