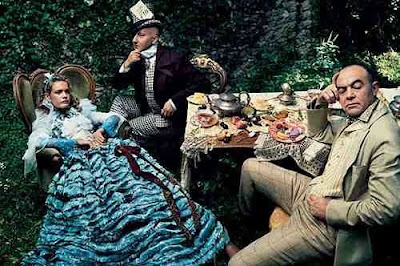 Curiouser and Curiouser, said Alice in Wonderland, and she could equally be saying the same about English Wine. As it’s English Wine Week (29th May – 6th June), let’s go down the rabbit hole and find the English Wine bottle labelled DRINK ME.
Made from ancient German grape varieties (Schonburger, Huxelrebe, Reichensteiner) and strange hybrids only found in England (such as Madeleine Angevine and Phoenix), English wines follow the modern German trend for a drier white wine style. English vineyards cling to the warmer South-East and the chalky cliffs of Dover; which, are the same chalky soils of Champagne which reappears in Dover and across Hampshire and Sussex.
It’s the high acidity and chalk soils that make the sparkling wines more than acceptable (NV Nyetimber); and the humidity that makes some wines struggle. The still white wines are curiouser than the sparkling wines; good white wines have unusual flavours such as elderflower and nettle and a softness that has overcome the inherent high acidity (Three Choirs Coleridge Hill Estate Reserve from Gloucestershire); the bad ones have a stinging acidity and are unbalanced, which is somewhat forgivable considering England as a wine region is at the absolute geographical limit for ripening grapes.
Whenever English wine are included at a wine tasting, the reaction is, generally, “Oh, it’s actually OK, actually… it’s not bad at all!” Just as The Mock Turtle said in Alice in Wonderland, “Well, I never heard it before, but it sounds uncommon nonsense!”
Well, it is certainly an uncommon situation in the world of wine. Just like Alice in Wonderland, it’s more a Bildungsroman tale of growing up and facing the madness of logic: there’s a wonderful eccentricity to the idea of making wine in such a humid, wet country with such peculiarly-named grape varieties. But no more riddles.
Wear your mad hat and get curiouser.
Link: more about English Wine Week
Image: Annie Leibovitz Alice in Wonderland, Vogue Magazine