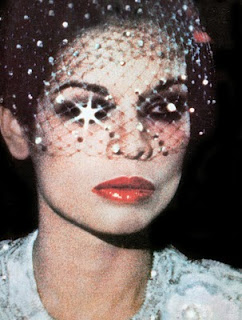 Tasting Chateau Beaucastel en primeur is like pressing pause on a moment in Bach’s Brandenburg Concerto, currently hurtling through space on the 1977 Voyager Space Probe Golden Record as a record of mighty human achievement.
The red is a concerto of the full 13 varieties permitted in Chateauneuf du Pape, which, as they mature, has a symphonic effect as it develops in the bottle. Each component has its moment on stage, the Mouvedre has its moment before retreating to the chorus while Grenache takes over the lead. In other words, at an En Primeur tasting, you really are tasting only a polaroid snapshot of an orchestra.

The talk at the tasting table was: “Has Beaucastel returned to an European style of winemaking?” (and I’ll add, it was said with a certain sigh of relief by the tasters beside me). Walking back through the grey stone streets around Bank, I wondered – is it the winemaking or the vintage? This is a different (and quieter) wine than the standout vintages of 2001, 2004 and 2007 but whether this is due to the vintage or the winemaking it is hard to tell, especially at this early stage. Some of the components had not yet developed. None of the cool funk you find in older vintages, for example. Perhaps these tasters simply were expressing a wish for a less Parker-led vintage on finding them quieter than previous vintages. If you buy En Primeur and taste in 2011, you’ll have the opportunity to find out, once the symphony is finished warming up and the orchestra shifts into a new key.

For fans of the Beaucastel Blanc, it is already showing incredible promise. Shunning the mobile phone ring tone trend in music for full baroque complexity, all the fruit notes show a secondary character. It is not just orange, it is crystallized orange peel (obviously, without the sugar). What stays with you is the incredible aftertaste of marzipan when it catches the back of the throat. I would be impatient to wait until 2011 to taste it again, it is luminescent now. With the gentle acidity of warm lemons from the Mediterranean, the 2009 Blanc is not as unctious or large as previous years and all the more better for it.

Overall, 2009 is an elegant year for Beaucastel. Fans of the Blanc, and you know who you are, will not be disappointed. It is already galactic.