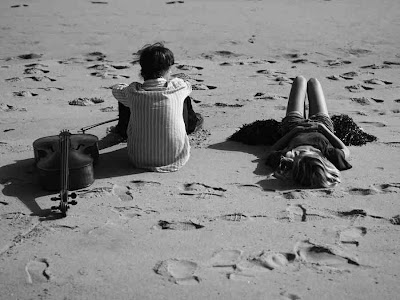 In the past week, there’s been a regime shift in Wine Australia, the representative body to the UK, with a second major resignation. Paul Schaasfma has jumped into the void, arguing, “it’s not rocket science, after all” and that Australian wine should be about innovation and personality which – he believes – is reflected in the sub-£6 per bottle mark in UK supermarkets.
Contrast with Berry Brothers & Rudd recent hypothetical future report on the international wine industry. With a 310 wine merchant history, it makes an educated guess about the international wine market in 2058:

In the past year or two, Australia has suffered from severe droughts with water shortages so acute that irrigation of vineyards has been temporarily banned. Droughts devastated the 2008 crop, with spot prices of bulk Australian wine rising from AUS$0.40 in 2006 to over AUS$1 a litre in 2007. If this trend continues, supplies of inexpensive Australian wine may soon be a thing of the past.

By 2058, Berrys predicts Australia will be too hot and arid to support large areas of vine. It will no longer be renowned for volume wine and will become, instead, a niche producer, concentrating on hand-crafted, terroir-driven, fine wine.

David Berry Green commented: “Production will probably be marginalised into wetter, cooler areas such as Tasmania and there will be more focus on high quality, boutique wines.”

This is big sky thinking.
Two days ago, I had strong support for my appeal for Australian wines to stop calling themselves brands instead of wine. This highly commercial approach is viewed by wine lovers with deep suspicion. Yet it is so common in Australian wine literature it is more than a Freudian slip from the big Australian wine producers. It reads as a direct order from the boardroom to the winery. Not leaving much room for the wine lover to dream, for the winemaker to create, or the land to be considered.
Is this aggressive marketing approach bringing fun into wine? Perhaps for the big guys counting the dollars, but I question whether it does for the wine lover. Remember, there are strong commercial interests in ensuring Wine Australia represents its interests, as Wine Australia membership is paid by volume of wine produced.
The supermarkets in UK do a good job supporting sub £6 Australian wine, which sells itself anyway through promotions. There are many emerging regions in the world, such as Chile, who are also good at this price point but without a strong Australian dollar. Low prices, dumbing down and the way big companies treat growers through contracts does not lead to a sustainable industry. Let alone whether it is sustainable for the fragile and ancient Australian environment.
After I touch down in Sydney after a 22 hour flight I will looking for amazing wines that can’t be found anywhere else. What an interesting time to be going to Australia for a few weeks.
Case study: New Zealand wine producers could now be risking their long-term reputation in the search for short-term gain
Image: Hedi Slimane