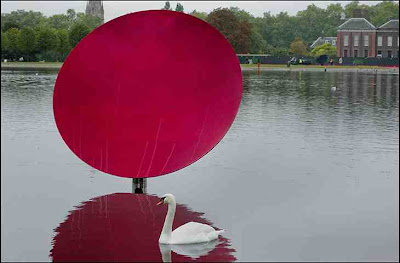 For a brief moment, I did an internship as a curator for the Museum of Contemporary Art in Sydney. Like most internships it was unpaid, part of the reason why I started working in wine sales. Apart from that, one of the best things I learned from my time working as an intern curator in an art gallery was learning to ask questions beyond whether I liked or I didn’t like a piece of artwork.

There has to be a logical reasoning behind why one piece of art was included in a professional art show or not. Obviously it can not simply be personal preference. Whereas, a lot of wine reviews seem to be about: would I drink this? would I buy this? Which to me, is not much more than the reviewer telling its audience, I like it or I don’t like it.
There are other questions if wine is to be an art form. And why not describe some wines as art? After all, Montaigne often described art in terms of pleasure. It is a necessary ingredient in art and the “most valuable arts, the art of living well.” I don’t believe the intellectual pleasure of wine negates the visceral pleasure of drinking.
By a very nice stroke of serendipity, I met SC Pannell a few days after writing a post on his Protero Merlot (wishing I had tasted his Nebbiolo – and so be it, here it appeared for me a few days later). At first I felt awkward introducing myself, “I called you incredible!” “Um, gee, thanks!” But once we got talking about where he is coming from, and some very interesting observations of his time spent working at Mouton Rothschild, I walked away thinking as I did from a great art exhibition – Yes, that’s it. That is what I have been trying to say!
That’s why I have no hesitation applying the same questions I was trained to ask about art to my discussion with SC Pannell about his Nebbiolo:
What intent does the wine set out to fulfil?
“I don’t grow oak trees, I grow grapes”. His wines are an interpretation of what type of wine he wanted to make and drink. A criticism of Australia, he says, is that its wines do not show a sense of place,”I wanted to show a sense of place, that means the tannins come from the fruit, the tannins have a taste and that does not come from the oak.”
How is it situated in the winemakers body of work so far? Within the history of the style? 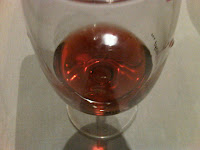 Pannell talks about Nebbiolo like a painter, “I like the contradictions”. For example, Nebbiolo is full of flavour and perfume and yet the colour is also quite pale. As Chief Winemaker at Hardys he was encouraged to make gold-winning wines which are inevitably intense in colour, blockbuster mouthfuls of jammy fruit to catch the attention of the judges and the consumer. He wanted to do something completely opposite and requested a trip to Barolo, but Hardy’s could not see the point in this. So he left and went anyway.
How does the Nebbiolo variety evolve?
At first, it was only seen by him as an experiment after his time in Barolo. His Italian neighbour in Adelaide Hills suggested he make some wine from Nebbiolo. They were to make 100 cases to split 50-50 between themselves for their own drinking. David Gleave MW from Liberty Wines in the UK tasted it and said, “I’ll take the lot!”
The result is anything other than the image of big colourful Australian wine. It is individual and unique rather than a facsimile of Barolo. This is a taste of foggy Adelaide Hills (Nebbia = italian for fog, where Nebbiolo derives its name).

What relationship does it bear on the history of wine in Australia?

This could be the breakthrough example of something other than the French noble varieties in Australia. The Nebbiolo shows a sense of where it’s coming from, the land, which is helped by fruit unhampered by oak. It shows incredible poise, delicacy and elegance. The fruit is unhindered, but it is not necessarily as upfront and fresh as a lot of Australian, or “New World”, wines. The tannins and fruit are knitted together more than a Barolo would be at 3 years of age.

Unfortunately I could not talk more as he ran away to dinner with childhood friend Vanya Cullen (having grown up at Moss Wood and used as “slave labour”!). I was left in awe, and had a lot to discuss with friends over a pizza later in the evening where inevitably we had one of those great drunken discussions about the future of Australian wine. That seems to be what’s happening here at the moment amongst my friends in the wine industry: many heated discussions about possibility, innovation and the future. It can not stay the same, but where next?
Which leads me nicely to the next post: stay tuned.
Link: SC Pannell Nebbiolo website
Image: “Sky Mirror, Red” one of Anish Kapoor’s latest installation in Kensington Gardens, “Turning the World Upside Down” until 13 March, 2011. (via The Guardian).