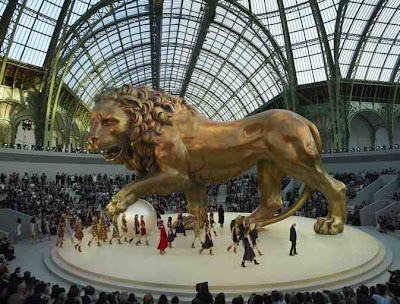 Being a family with a well-recorded ancient past must not always be pleasant, but at least, like old photos or tear-stained letters, the evidence does not require many words. True, such things as archives, documentaries, and fashion can cause trouble over the years. And it definitely has for the Frescobaldi family at one time or another in its 700 year history. But avoiding disaster in the long-term requires a checklist as short as that for any winemaker: soil, weather, location.

Looking at my notes from lunch with the Marchesi Leonardo Frescobaldi and his family, I notice most of the day’s talk concerned the “expression of the soil”. The Marchesi posed a very simple question before tasting the four wines: “What was the message received from the soil?”.

All Cabernet-based. The Marchesi de Frescobaldi inherited Bordeaux grapes from their grandfather Vittorio in the mid-19th century. Historical facts slip into conversation as easily as tossing a few coins to a busking musician. “So what about Sangiovese?” I asked, for as you may know, Frescobaldi is one of the important Tuscan families and Sangiovese is the traditional grape. He politely replied, “Sangiovese needs soil, altitude, exposure and when not there, it is difficult to produce.”

The love for Bordeaux was evident. Chateau Haut Brion was talked about fondly as if an old school friend. The Marchesi talked admirably about Chateau Haut Brion’s restaurant in London in 1666 “to present their wine to the British palate” and explained how it was the inspiration behind opening their own restaurants, in Harrods new Fine Wine department.

About the wine. Although the point of the tasting was not to have a “Judgement of Paris” competition amongst the 4 wines (although Stephen Spurrier led the tasting lunch), this was a brave tasting to put one of my favourite Bordeaux – Haut Brion – next to a Bordeaux blend from Tuscany (but then again, Cabernet proves it can excel in Tuscany).

There is no mistaking the warmth of the Tuscan soil in the 2007 Mormoreto and it showed very well against the elegant 2007 Haut Brion, and most definitely against the 2007 Cos d’Estournel (not showing very well, disjointed and unbalanced). I did not enjoy the 2007 Opus One as I found it too obviously chocolate, however it would be churlish not to say it was not a good wine (Frescobaldi on Mondavi: “we don’t have a relationship, but we still have an affection”). Overall, there is no real comparison, as each showed an incredibly distinct voice.

Strangely enough, the only wine that had a problem with Cabernet Sauvignon seemed to be from Bordeaux itself: 2007 Cos d’Estournel.

2007 Mormoreto: At first approach – balanced, very cool, dry palate – developed distinctive Tuscan opulence with Tuscan “chalky” tannins but not OTT, very fine and elegant. In the glass, it developed a warmth yet had a fresh energy, depth and structure. Would like to see in another 5 to 15 years. (60% Cabernet Sauvignon, 25% Merlot, 12% Cabernet Franc, 3% Petit Verdot).

2007 Cos d’Estournel: robust, not in balance. Cabernet Sauvignon does not taste ripe as usual Cos style. It has a rawness, a wine that you have to make excuses for at this stage. Sell if you have bought En Primeur. (85% Cabernet, 12% Merlot, 3% Cabernet Franc).

Many thanks to the Marchesi de Frescobaldi and Harrods Wine Department for the opportunity to taste the 25th anniversary 2007 Mormoreto.