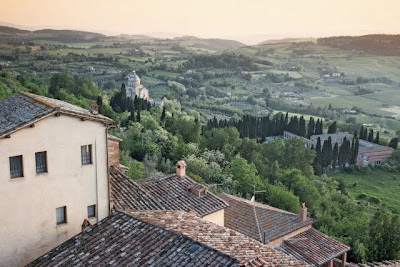 Some headache! The morning after the party to celebrate 30 years of DOCG status in the ancient Tuscan town of Montepulciano, winemakers were making their way to Brussels to confront the European Union’s decision to change Vino Nobile di Montepulciano DOCG to simple “Montepulciano”.

Already there is enough confusion between these two very distinct styles because they share the word in the name: Montepulciano.

Vino Nobile di Montepulciano DOCG was one of the first regions in Italy to receive DOCG status in1980, next to Brunello and Barolo. The name of DOCG can be traced back to at least 1685 where, in the popular wine travel literature, Bacco di Toscana (Bacchus in Tuscany), it was said, “Montepulciano, of every wine, is king”. Even further back – bronze wine goblets from the 4th Century BC Etruscan era were excavated around the Tuscan town.

How can the blanching of cultural history be a benefit to winemakers, Italy or Europe? Snapping off the Vino Nobile part of the name, the European Union aims to iron out duplications in wine regions. The EU is particularly agitated by the sometimes fantastical names of Italian wine producers which can make it confusing for the customer. This is their beige dream, I will take the colourful one: a wine that says something of the place, not even so much as that, a wine that says something. Is this not also the purpose of the European Union after all, to protect cultural heritage?