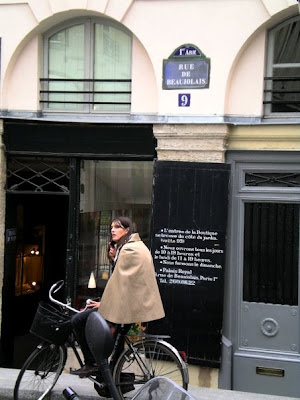 “But what is the heart, madame? It’s worth less than people think. it’s quite accommodating, it accepts anything. You give it whatever you have, it’s not very particular. But the body… Ha! That’s something else again. It has a cultivated taste, as they say, it knows what it wants. A heart doesn’t choose, and one always ends up by loving.” — Colette (The Pure and the Impure)

In Burgundy in 1916, the Negociant Chauvenet sponsored the author Colette to support the Negociants against the local Growers. Colette was born in Burgundy, and was well-known as an “olfactory novelist” for her many beautiful descriptions involving the sense of smell. If anyone could make a case for the concept of terroir, could there be anyone better than the lyrical Colette? Instead, in what seems to be a decision made by the head over the heart, Colette accepted sponsorship from Chauvenet and supported the Negociants.

At the time, Negociants dominated Burgundy. If a wine showed characteristics of Fixin or Pommard, the Negociants labelled the wine Fixin or Pommard. Throughout the inter-war years, Growers fought a strong campaign for more recognition for their wine. Some growers, such as Marquis d’Angerville, bypassed the Negociants altogether, which lead to the development of more bottling on the Domaine and less dependence on the Negociants.

In 1936 the Appellation Contrôlée laws passed. The Growers had won the day; Colette and the Negociants had lost the battle. Despite Colette’s arguments for the need for Negociants’ “quality and style”, the land, the grower, and the terroir had now become officially more important.

What if Colette and the Negociants had won?

Burgundy has a very stable list of top AOC vineyards based on maps from the 1860s. Unlike Bordeaux, the top vineyards by value are still the top wines with only minor shuffles amongst the top four Appellations: Romanée, Musigny, Richebourg, Chambertin.

But is this consistency because Burgundy is determined by terroir? For all the highly detailed maps and complex names, for the customer, at least, things are less consistent. The place where the grapes comes from is important for style, and people know generally what those styles are (Chablis, Volnay etc), but this is not much of an indicator for quality.

For example, Leroy can command a much higher price for their Meursault than another producer. There is not a lot of point of buying any “Meursault” off the shelf unless you know the quality of the Producer. However, once you know the Producer, there is a strong probability, from the top to bottom of their range, that there is an overarching promise of quality. In this case, generally speaking, the quality of Leroy’s Richebourg can be seen in the Bourgogne Rouge (and also in the price). However, working backwards, you can see it may be worth trying lesser wines from good producers, rather than higher level wines from another Producer not as reputable or simply not having a good year.

Since the second half of the twentieth century, Burgundy has gone from being Domaine bottled to becoming even more Producer based. This is why you will see such large variations in price within regions and why Burgundy can be so confusing and mysterious for the wine drinker.

From Negociant blending to Domaine bottling to superstar Producers, Burgundy has changed over a century. It will change again. With an excellent 2009 vintage coming up, and after the few variable previous vintages, it will be a good chance to see whether these producers enter a new world of “Bordeaux-style” pricing where the top Producer’s prices become even more stratospheric.

This year may leave some Burgundy-lovers unhappy. The heart may love Burgundy, but will the head (and the wallet)? 2009 Burgundy will be expensive. Colette may have said, “the lovesick, the betrayed and the jealous all smell alike.” She may have also agreed that what smells good on all people is money.

Image: Outside Colette’s house in Paris, Rue du Beaujolais – my own photo.