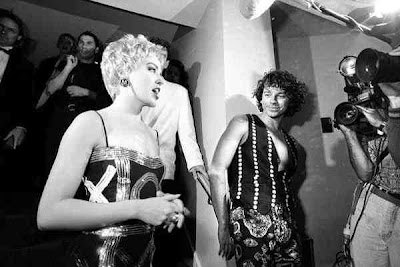 Listening to INXS on the way to the Australia Trade tasting, I remembered the moment when Michael Hutchence turned up at a premiere for the first time with Kylie Minogue, who had chopped off her hair in to a pixie cut and looked like she had been doing a lot more than the locomotion. Something had changed, we all whispered, but what???

There is a whiff of the 90s about Wine Australia. Things have been good. Australia has had phenomenal wine success for the past 20 years. Why change it if it’s not broken? But now the cute Kylie, sunshine-in-a-bottle image is no longer working. Wine Australia was here today to tell us about “A brand new conversation; a new brand conversation.” Which made me wonder: something was different, but what had changed?

The signs weren’t promising. Although Yvonne May is the new Director, the ex-Director, Paul Henry gave the speech (despite having left and now working for an organization called “Wine Intelligence”). Not much of a change there. We had a PowerPoint presentation and a 2-minute video of Australian landscapes. Paul Henry said – a few times – this wasn’t just marketing sleight of hand. And there were, of course a few sporting-slash-marketing clichés: they were game changers, moving the goalposts….

And then, something interesting.

Wine Australia has been looking outside of the wine industry for inspiration: the music industry. Here is another industry who has faced a lot of change. It has moved from being a bricks and mortar business, with huge dips in sales and distribution, with new demands on the artists interactions with their listeners. Henry argues, customers are listening to each other more rather than relying on specialist reviews. Of course, not only would Wine Australia like to see this happen, after the squeezing of margins by retailers and loss of control of the stories of the wine, but they would like to be directly involved in the conversation via social media (#apluswines on twitter) and local internet “portals” to connect wineries directly with consumers.

“Retailers will always move boxes rather than build brands – unless it’s their brand.” Which is why Henry argues there will never be another Jacob’s Creek or Yellowtail to come out of Australia in the future: these models of “big brands” just don’t have the ability to move around and adapt to the audience.

Paul Henry responded that new media is not just about purchasing opportunities but also engagement with the customer. This was about customer to customer interaction. When someone comes back from Australia after the Ashes, for example, they can talk about the wine. But what if they want to drink the wine? There will be ways to find the distributor through the “portal”.

Australia has always been at the forefront of wine marketing. This new approach could be the way of the future…. Or, it could be a way of avoiding the difficulties of having one marketing body, such as Wine Australia, when international distribution is diminishing due to a strong Australian dollar. Either way, the quality of the wines showing today were high and there were some exciting new voices amongst the ruins of the corporates (hello, new haircut Kylie?). To paraphrase Michael Hutchence in Never Tear Us Apart, for those involved in the margin squeeze by the UK retailers, hopefully these new ideas by Wine Australia will “turn these tears into wine” for smaller winemakers. Or something sexier, darker, new and… a bit more cool.

Link: Wine Australia kindly responded to this post by sending this post, The Day the Music Died

Link: Video interview of me on day of Australia Trade Tasting