More than any other wine, quality is irrelevant to its price: over the years, Carraudes de Lafite has become pure brand. It is a signifier (the Lafite name) without the need for any reference to its signified (the actual wine in the bottle). The points and tasting notes are irrelevant.

However, the label, and how the name is attached to the first wine of Chateau Lafite-Rothschild, is very important. Whether it has a high or low score. 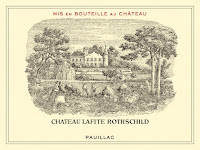 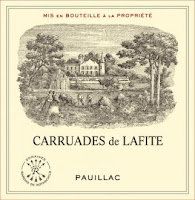 Unlike Lafite, which is often lauded as the wine of the vintage, it can not be said Carruades de Lafite has the same quality. For example, Carruades averaged a modest 89 Robert Parker points between 2000 and 2006. Yet the insatiable thirst for Lafite means even these back vintages have increased in price, some on par with other first growths such as Mouton Rothschild.

The spectacular rise in the price of Carruades over recent years throws into question the role of Western wine critics and the 100 point system’s effect on price in the Asian market. I wager the “Western” idea of scores will be irrelevant to the eventual price again this year.

Just like the waiting list for a Hermes Kelly bag, it won’t matter about the colour or the price, buyers will just feel lucky to be on the Lafite list. Perhaps they will even be happy with a fake.

Neither alternative – scores or brands – are particularly appealing ways to set prices for wine in themselves. But imagine a time when we will look back and say: at least scores kept the quality of the wine a little more honest; compared to now, when pricing is based purely on brand alone.