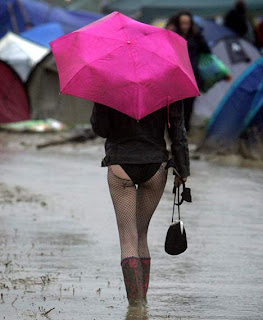 “Under My Umbrella, ella, ella“

Jay-Z comes on stage with a guitar playing Wonderwall, by Oasis.

Plays a few badass chords and then lets the crowd sing the rest.

OK, Jay-Z is a genius. The controversy is over.

He’s got the crowd on “hello”. 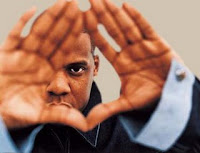 Glastonbury is more than just a music festival here. It’s a rite of passage, as well as a tradition. When Jay-Z was billed as headliner it was seen as controversial (especially with Noel “hip-hop has no place at Glastonbury” Gallagher from Oasis) but he won the 150,000-plus strong crowd over (whether they needed winning over) with a nod to the locals: Prodigy, Smack My Bitch Up; Amy Winehouse, Rehab…. straight up in the first few minutes.

Thanks Jay-Z, I think we got it. And it will take a Nation of Millions to Hold Us Back.

“I’ve got one thing to say”, said Jay-Z and then came 99 problems, punched out with AC/DC’s Back in Black for the last two verses.

BTW: Talking about genius…and Back in Black: Amy Winehouse.

How cool was it when she walked off the high Pyramid stage into the crowd. Havoc! For starters, getting into the field in 7″ Louboutin heels is a feat in itself. Then she ended up punching the shit out of some guy in the front row.

Amy still looks fucked, or real, or sick, or whatever. God love her – she’s animal electrifying, and I couldn’t stop watching her, although I don’t know whether it was for the right reasons.

She didn’t do a bad rap herself between songs dot com.

My verdict: the best genius is difficult. Whether it’s Jay-Z, Amy Winehouse or Noel Gallagher.

As Jay-Z admonished the crowd: “Where is the Love?”

And love is the law here at Wine Woman & Song.

That’s the anthem get your damn hands up.