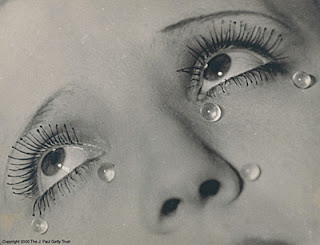 “What wine would you be?” I was asked at a party on Saturday night.

Why not? But I won’t lie to you. I have circled this wine for years and years, read about it, heard it mentioned in whispered, reverential tones, yet – I have never tasted it. The 1990 La Tâche sold at auction for $US9000. Only 1200 cases are made a year. All I can tell you is what other people say once they’ve tasted it, there are even photos of people anticipating, sniffing it, drinking it.

This is fantasy stuff, and all I know is, if I was a wine, I’d love to be drunk in the same escstasy and rapture as La Tâche. Yes, I’d like to be La Tâche.

As Woody Allen toasted, “Here’s to an ideal without compromise.” Hopefully, one day, you too can meet myself as a wine…

Stunning, full-on, classic La Tâche nose that displays almost unbelievable complexity so with many different elements that it is impossible to even begin to describe them all; the primary components include ethereal and still fresh pinot fruit, clove, knock out spiciness, anise, hoisin, soy and a trace of earth but these elements only hint at the sheer depth. The flavors are big, rich, refined, classy, penetrating and superbly powerful yet everything is in perfect balance… The finish is intense, pure and so long that it is haunting; I can literally still taste this wine days later after I’ve had it because it has such a dramatic and emotional impact. This is one of the finest, perhaps even the finest young Burgundy I have ever been privileged to try and it only seems to get better with each passing year. In short, this is absolutely brilliant. 99 POINTS.

I cannot think of a more profound, young red Burgundy tasted than DRC’s 1990 La Tâche. Although it still requires another 3-4 years of cellaring, it is incredibly endowed, with an extraordinary perfume of Asian spices as well as jammy black raspberries, cherries, and blackberries infused with smoke, toast, and dried herbs. Full-bodied, but ethereal, with layers of flavor, as well as mind-boggling delicacy and complexity, this youthful La Tâche will be at its finest between 2004-2015. 100/100