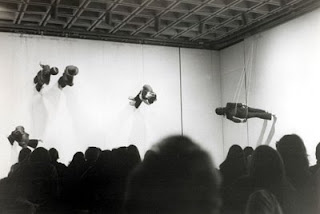 “Listen closely, and you’ll hear the Earth humming – in not just one note, but two. The source of this second signal is a mystery. For around a decade we’ve known about Earth’s quiet ‘vertical’ hum, probably caused by the steady thumping of deep waves on the ocean floor. Now a team in Germany has discovered a second ‘horizontal’ note, too, and nobody knows what’s causing this new signal.”

And I thought it was from standing too close to the amps, too often. What a relief: it’s just the Earth singing.