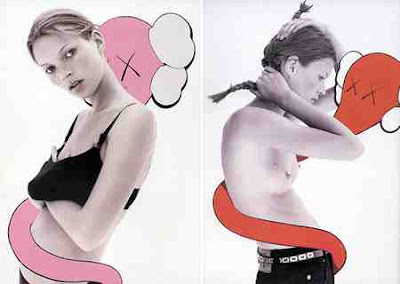 This is a story that starts 2.6 billion years ago. When oxygen first gathered in the atmosphere and single-cell mitochondria ruled the planet, the landscape of Gumeracha in the Adelaide Hills was formed. When the volcanoes stopped spewing poisonous gases and the single-cell animals and algae could start to get on with the process of reproduction. Glaciers melted. Fish got legs. Dinosaurs died out. A mere 60 million years ago the Kimmedgian soils of Chablis formed. Humans started fires. It’s been a long way, baby. Until 2000, when the Baldarasso family called in two of Australia’s finest winemakers Paul Drogemuller and S.C.Pannell to see what they could do.
The incredible S.C. Pannell
What I wanted to taste here on my trip to Australia was a Nebbiolo from Adelaide Hills. If anyone could make a Nebbiolo outside of Piedmonte, which seems almost an impossible feat, then it would have to be S.C.Pannell: his training includes vintages at G.D. Vajra in Barolo, Domaine des Comtes Lafon in Burgundy and Chateau Mouton Rothschild in Bordeaux. He is also one of Decanter Magazines Most Influential Contributors to the world of wine (amongst his many accolades). Not surprisingly, his Nebbiolo was out of stock everywhere in Sydney and I had never seen it in London. I admit I was disappointed. All I could find was the Merlot. Not something that keeps me awake at night with excitement. But as time is limited here, and these wines are difficult to find outside of Australia, I tried it in the name of research…
Modern Primal

In contrast to the brilliantly modern label, an ancient hot gust of high alcohol came off the glass. It is understatement to read my notes: meaty. It was like ordering a steak and being served a piled-high plate of mixed grill from every part of the animal. A big red at 14.5% it was if it had its own primal life force, from a time when life was still expressed in swirling kinetic energy.

However, after 4 hours of oxgyen, the wine had evolved into a completely different beast. In a matter of 4 hours, the wine had crawled from the sea and developed a sophisticated drawing room set of high Renaissance manners. From the murky depths of dark flavours to highly refined, soft and elegant. I have never tasted a Merlot like this, with such emphasis on the meaty and savoury yet absolutely soft and refined, caressing and cool. A complete turnaround.
A word about Screwcaps and Decanting
While I have been in Sydney, I have been going for walks along Bondi Beach. That is where the skateboarders like do their flips and tricks on the waterfront, and it made me think: like the better skateboarders, wine needs AIR to do its tricks and manouvres and to get the right applause.
If this wine had been a Barolo I would have put in a decanter with utmost care and attention to its evolution. It doesn’t happen for Australian wines. Under a screwcap, the wine has seen no air since it was bottled. Yet, after 4 hours, the heat had come off the wine and it had developed integration and lost the “taste of extraction”. A totally different wine.
To think many people’s negative perception of Australian wine (too immediate, extracted, hot) simply because of the faster technology of screwcaps not giving the wine a chance to breathe. I am confident this wine even more thrilling after a few years cellaring, and in the grand scheme of life on earth, is too much to ask for a wine that is Proterozoic?
Three word review: Murky Primal Genius
Link: Protero Wines
Image: Kate Moss