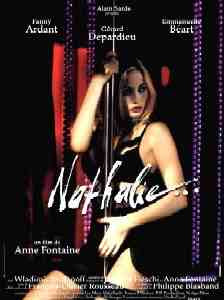 Everytime I drink Vouvray, I remember a scene in the film, Nathalie.

Ardent believes her husband, Depardieu, is having an affair. She orders him a glass of Vouvray as a test: she knows how much he hates Vouvray but Emmanuelle Béart (who plays the stripper Ardent pays to secretly pursue her husband) has told her that they drank Vouvray together in a hotel.

After 20 years of marriage, she wonders if she knows her husband at all…the sudden change in his tastes feels like a betrayal. But after she orders him the Vouvray, Depardieu protests how much he hates it… who is lying to her?

If Depardieu’s character had what I had the other day, Vouvray La Couronne des Plantagenets, then I can see why he vehemently hates it. This stuff is sweet, cheap and tarty. It proves you have to pay more than £5-6 for a good Vouvray, that is, if you really care about sauvignon blanc (which I don’t, at that price). But if Depardieu’s character doesn’t like stripper drinks… then, who is telling the truth?

This is a psychologically complex film, you’ll have to watch it to find out who is telling the truth… but take a tip from Depardieu and skip the cheap Vouvray. Unless, of course, cheap and tarty is what you’re after, then who I am to tell you what to drink? Go for it gf.