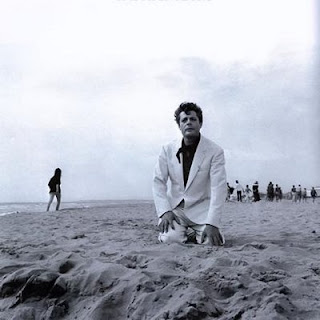 At first everything seemed fine, more than fine: from left to right, older terracotta-coloured wines from Chianti to the latest bright purple wines from the Tuscan coast of Maremma. The new 2006 Coevo sat in the middle: a perfectly balanced blend of two distinct regions, Chianti and Maremma. But then out came the Michelin-star Chef, Massimo Bottura, to introduce the food.

Initially, I thought it was simply a good idea to have food with a Tuscan wine tasting, for Tuscan Sangiovese wines are often completed on the palate by food. But Massimo Bottura, from Osteria Francescana in Modena, a 2-Michelin star restaurant (Bottura himself is ranked number 6 in the world*), was not here just to cook, he was here to interpret the ideas behind 2006 Coevo wine through his food.

Suddenly, the tasting shifted to a whole new level… 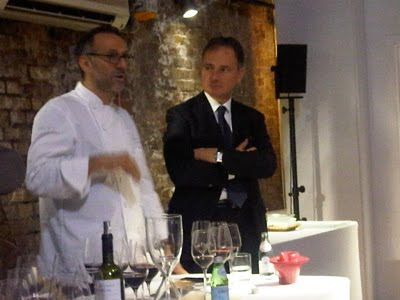 Bottura’s ideas flew as thick as aged Balsamic yet as fast as a Ferrari (both also at home in Modena where Osteria Francescana is based). Bottura insisted, the modern chef needs to have their feet on earth and mind in the clouds. The Cecchi family stopped him there. We needed a pit stop. We tasted the wine again.

The Dream of the Child

“I need memories and dreams,” continued Bottura, as he told the story behind his first dish, Ricordo di un Panino alla Mortadella (roughly translated as remembering Mortadella sandwiches), “the past and the future.” 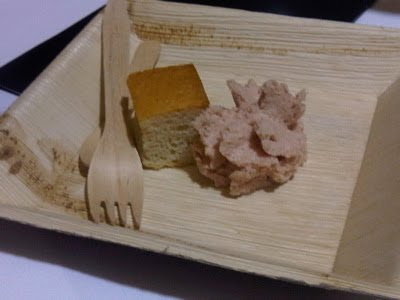 Like most children, Bottura had the memory of going to school with a packed sandwich in his school bag. His translation of this everyday childhood event had turned this most humble meat into sci-fi 21st century food art: the mortadella had been distilled into water, almost to perfume. What was left was the smooth texture, or memory, of Mortadella in the ethereal form of a mousse. Just as all art aspires to music, perhaps all flavour aspires to perfume? When I was young, this would be as close as I imagined food would be like in the 21st Century… in The Future.

The Sky and the Earth

This dish was both past and future. A food response to the 2006 Coevo wine, which is a blend from two regions: traditional Castellina in Chianti and modern Maremma on the coast.

Chianti, in 1716 the world’s first designated wine region, is at the heart of Tuscany and is predominantly Sangiovese, which literally means, the blood of Jove. Although the Cecci family also source Cabernet Sauvingon here, which has developed its own distinctive voice when grown in Tuscany. Contrast Maremma. Developed only in the past 25 years or so, it is where all the “new” French varieties thrive. Closer to the ocean, they have a tint of blue that is not found in Chianti. The 2006 Coevo is a blend of the two regions with the best characteristics of both.

Five great dishes ended with a final flourish of the idea of past and present: an “Icecream Popsicle” of Foie Gras with a centre oozing with 35-year-old Balsamic covered in Piemonte hazelnuts and Sicilian almonds. Each element an interpretation of the wine: North and South, childhood treats in the form of the most “adult” and “snobby foods” (Bottura’s words), foie gras. 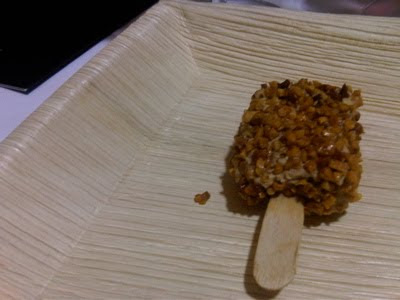 So what can I tell you about this wine? Other than buonissimo; or, other than it won the Tre Bicchieri on this its first vintage. The 2006 Coevo avoids the “excess styles” of each region: it has the mouth-watering tannins of Chianti but is not searingly dry. It has opulent fruit but it’s cool with blue tints of Maremma. The 2006 Coevo is a re-interpretation of modern Italian wine, dominated by the big name Super-Tuscans, but with many references to the great history of traditional Chianti: a memory of Italy and a dream of the future.

And like all dreams, there’s something about it blue…