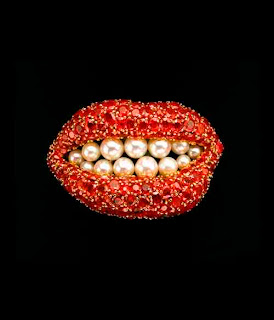 For me, 2009 was my Grand Tour of Italian wine. Amarone, Brunello di Montalino, Barolo and the white wines of Friuli and Sardinia. It was also a year where the 2007 vintage from Burgundy and Bordeaux did not produce a predictable line-up of star wines. A challenging vintage, perhaps, but also a good challenge. For isn’t the process of sorting the wheat from the chaff half the fun?
Without further delay, here are my top 5 favourite wines from the year:
1. 2004 Poggio di Sotto Brunello di Montalcino
Even when it is woven in the palest of colours, the most expensive cashmere has an unusual depth of colour to its fibre. What is amazing about the Poggio di Sotto is its exquisite pale rose colour belies a depth of knitted-together, intense flavours. Like a favourite cashmere jumper, it may appear delicate at first but it soon tells its own story over time.
I don’t think this is a social wine. Not that I mean it’s anti-social and offensive. What I mean is that it is best to drink it with only one other person. Two, maximum.
I’m not being ungenerous! I’m just afraid of not giving the wine a chance to let the story in the bottle unfurl. Especially if it was downed at a dinner party of 4 to 6 people – that’s only one glass per person.
This is a breathy, intimate wine with a story that feels like it is being told in whispers.
Previous post: Waiting for Brunello di Montalcino 2004
2. 2007 Climens
Sometimes, when I am confronted with something truly beautiful, my eyes well with tears. Luckily, I don’t think anybody saw me tasting 2007 Climens right at the end of the Union des Grands Crus de Bordeaux tasting in Convent Garden late last year. After tasting over 40 reds and whites before reaching the Sauternes, despite the palate fatigue, the Climens appeared as an angelic revelation.
Perfect weight and heavenly apricot, honey and thrilling citrus. It hardly came as a surprise to find out Robert Parker bestowed 100-points on it. He asked, is it the “wine of the vintage”? The resounding answer, yes.
Honorable mention to Chateau Smith Haut Lafitte, also at the same tasting. This wine cemented my belief: 2007 is the year for white wine in Bordeaux. What a shame not more people are aware of how great Graves wines can be.
3. 2004 Casanova di Neri – see Casanova di Neri 05/02/2009
4. 2002 Veuve Clicquot Rosé
After tasting this as a guest of Veuve Clicquot Ponsardin at the Manoir de Verzy in Champagne, I now long to have more vintage Rose Champagne in my life. Vintage Rose is not a summer frippery, it’s more of a knife and fork wine. Not that Veuve Clicquot is meaty, as say, the Krug Rose, but it does have more weight and can stand up to even the bloodiest sirloin.
For many months after this trip, all I could think about is how Champagne is wasted as an aperitif. It’s such an excellent food wine. It’s a shame it’s not available in the U.K.
Honorable mention: 1990 Ruinart Rose, the fading star. Another France-only release.
5. 2005 Moss Wood Cabernet Sauvignon
It was a pleasure to meet Keith and Clare Mugford when they visited London. As Jancis Robinson has said, Moss Wood are the best example of “intelligent winemaking”. She goes on to say, any knockers of Australian wine should be force-fed this wine, in particular.
I asked Keith, “What is your favourite vintage for the Cabernet Sauvignon? It’s not hard to see why it was the 2005. Deep, seamless fruit that I would be happy to drink everyday (if money was no object). It reminds me of the refined elegance you find in the very modern architecture along the ocean front in Australia.
I don’t know why, but that makes me feel proud and slightly homesick. If it has that effect, then certainly that knocks the “terroir debate” on the head when talking about Australia. I can taste it so what’s wrong with you if you can’t? Perhaps you haven’t drunk enough.
Honorable mentions: 1934 Chateau Margaux; 1993 Brunello di Montalcino Valdicava; 2005 Firesteed Oregon Pinot Noir; 1996 Clos du Marquis; 2003 Leoville Poyferre; 2000 Langoa Barton; 2004 Montrose; 2007 Benefizio Pomino Bianco Reserva; 1998 Allegrini Amarone; 1997 Jacquesson Avize Grand Cru Blanc des Blancs.